Speed, excitement, knowledge, skill, stamina, elegance – all with fencing – Why not try?

Is there a sport that is keeping a balanced attaches, gives courage and spiritual refreshment, improves stamina and even great fun. Available to everyone, and most importantly, in the middle of the city center can be practiced. Tamed fighting sport: the fencing. The downtown association, the OSC Semmelweis street number 2, below. The place is legendary, this is one of Europe’s oldest fencing hall. The vívásoktatás in the 1870s from being, at first fought officers who wish to practice and compete, and entertainment opportunities provided. The OSC section of fencing between 1958-77 Olympic, World, and gave a series of Hungarian champions, in the early sixties szúrófegyvernemben won every team title.

The fencing is one of the fastest athletic struggle, which is interesting that the body can not fight against the body, but the weapon against weapon. Of course, the goal is to hit a gun in the other body is achieved. The fencing room, this is a 14 m long and 1.8 to 2 m wide area in the past is available.
The fencing is traditionally chivalrous sports, so the etiquette is still an important role for the match. Each picture had emerged before the upraised sword fencers salute your opponent, the referee and the audience. The stole is finished, the unarmed hand handshake ‘thank you’ to each other in the fight. In the tribute, as well as the picture had emerged at the end of the handshake failure severe disciplinary offense, which is disqualification from the tournament in the pipeline.

The technical fencing martial arts. To level the playing field (paste) fights between two competing games (I think). The match is to one of the competitors as soon as possible to reach the specified number of hits (5, 15 hits, ink), so I guess the winning.
When the power is measured with two fencers, both are intended to force the opponent’s body surface of stabbing, cutting or stabbing kardvívásnál to achieve results. Párbajtőrnél force to insert the entire body surface. At the same time try to avoid touching the opponent to hit. Contentious cases, the existing rules, or a four-member sentencing committee (jury) will decide who gets the valid hit. The jury disinterested, neutral members, and is obliged to Matches parties have equal opportunities, to provide conditions.

The fencing room is called pasta. The length of 14 feet (1-1 meters at both ends of the bar serves the defense of the competitor), the width of 1.5 meters to 2 meters covered. Past the center line divides into two. Basic Orientation of the riders (start time) from the center of two meters away. This line is called set-up. In the past the rear end of the line indicates. Just hit the boundary between the two can be validly achieved. Competitors stand in defense of a Dismissed from the line. If you step off both feet, the opponent will receive technical tust. 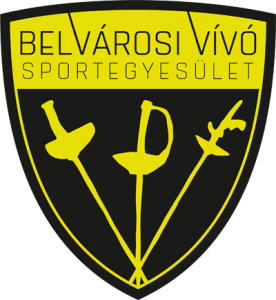